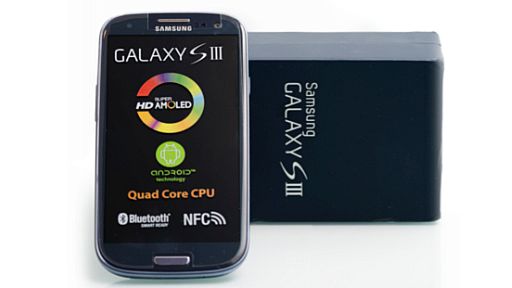 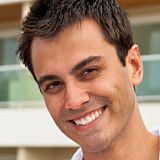 Posted By Steve B.

Interestingly, the Galaxy S III features a huge screen, at almost 5 inches, and yet it is still a slim device with rounded edges and a rear-facing camera that is flush with the pebble-coated body. It is pebble-coated to make it less slippery when you hold it.

At 5.91 by 5.51 by 2.36 inches and 4.64 ounces, the Galaxy S III is not a heavyweight. You will have to be careful about using it as not only is likely to require premium service rates or a premium monthly service plan - which might be expensive - it only as 1320 minutes of talk time, while it boasts 830 hours of standby time. Of course, one would expect the bias to be toward standby time because this is a device that is meant to be used and the 20 hours of talk which is likely to shrink significantly if you make lots of use of the Galaxy's many features.

For example, the Galaxy S III is powered by Samsung's advanced Exynos quad-core 1.4 GHz microprocessor. The processor is based on the ARM Cortex A9. The interesting feature of the processor is that its code has been optimized so that it can look as if there are as many as four processors handling a problem or, if the code is used in parallel two streams can handle one problem while the other two can handle a second issue or third issue.

For example, you may find that two streams are needed to handle an image issue, that requires the full processing ability of at least two CPUs operating in high definition 1280 by 720-pixel image mode, while another processor handles incoming mail and the fourth handles outgoing mail.

The Galaxy S III employs a huge 4.8-inch super AMOLED g a high-definition 1280 by 780-pixel display with self-correcting software so that no matter the position you hold the Galaxy S III in the image always appears normal.

Interestingly, Samsung has built a couple of apps into its phone to assure that you won't miss a call or that one won't miss you. With Smart Stay, the phone tracks your eyes an as long as you are looking at it the display remains on. Also, there's Direct Call which can be a very useful application when you are messaging someone and need to call him instead. You hold the phone up to your face and the application will dial his number for you.

The standard Galaxy S III features an auto 8 MP camera at the rear and a 2 MP camera in front, in case, you want to engage in a video chat or conference. The Galaxy S III comes with 16 GB of memory standard and can be equipped with up to 64 GB of memory along with microSDHC cards that will allow you to exchange photos and other images.

Plus, it runs that latest version of the Android operating system that gives you access to the many apps written for Android devices.

The key to the Galaxy S III and its competition from HTC and Apple is this; it is a device for the high end of the market, for those who need it. It won't be inexpensive, either.

There hasn't been any users whom have commented on this entry yet.
Be the first one!