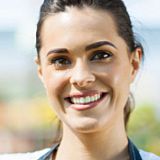 Here's an interesting situation, you're late for getting out of the house and as you finally pick up your tote you notice you can't find your phone; it's nowhere to be found. Now, imaging walking over to your PC, typing in the command HDDesire and checking the right box.

Tips In Shopping For iPhone Covers And Cases

iPhone covers and cases are probably one of the most popular and common iPhone accessories out in the stores today. Although its easy availability is a good thing, the wide array of choices can make it extremely hard for iPhone owners to choose what kind of accessory to get. So if you need a hand, read on and learn about the different kinds of covers and cases that are available in the market today.Leather CasesLeather gives iPhone cases a very sleek and professional look to it.
Blogs Trending
Accessories  Cases, Holsters & Clips  Contract Cell Phones  Mobile Broadband  No-Contract Cell Phones  Unlocked Cell Phones
View Public Archive
Copyright © 2017 - www.roamingfreesims.com.
Privacy Policy  |  Terms of Use